Its been a long time! Many of you know that technology is not my favorite thing (I’d much rather be doing my work with people) so I forget to be consistent with it.  I have received many requests to reinstate my quarterly newsletters (I haven’t done them in quite a few years, however, you can find them in the archives).  I will likely provide them again in the future – in the meantime I will try to post more regularly here.  Channelings come through how they are meant to be but please feel free to email me the topics you would like to see here.

Following is an energetic channeling that just unexpectedly popped out of me this morning. Literally. I was doing something and heard “Get a pencil,” so I did (I have always written them with pencil when they come through – I have no idea why but it is how I am guided to do it):

It has been such a transitory time – for me, and everyone else. It has been exciting, horrendous, joyful, painful and completely transformative.  This energy has been happening in it’s various form(s) for years. It is ending.  Finally!  Not that its over but we have entered the phase where we actually see the work, the changes, the growth taking shape and making sense.  We are beginning to understand the process – past, present, and moving forward.  It is a new energy.  One that most are unfamiliar with.  We’ve learned so much the past several years – don’t put it aside as you venture forward in your path.  Listen to your heart, your soul – be honest with yourself.  There is only one you.  You are your own best friend so please remember to treat yourself that way.  Our future is brighter and energetically lighter than it has been.  So don’t be afraid to take the step(s) forward into the unknown.  You have what you need, you can learn what you don’t know – just move forward with honesty, integrity and compassion for yourself and for others.  You are supported.  Trust yourself… and enjoy the journey.

Much Love & Many Blessings…. 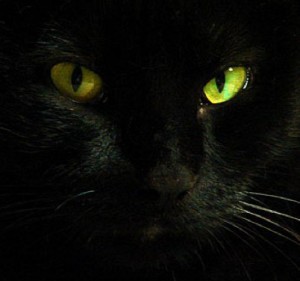 “I wish it were mere myth. Though dogs are usually not the target of Halloween season pranksters, black cats have historically suffered abuse during this time of year.

When it happens, it’s usually at the hands of those who consider burning, hanging or otherwise torturing felines an appropriate form of “celebration.”

The cultural drive behind this gruesome activity hearkens back to the superstitions surrounding black cats as harbingers of evil. However, this modern twist on the classic smacks more of the psychopathic than it does the traditional fear-based behavior our ancestors engaged in.

Though black “Halloween”-style cats seem to be prized by these sadists, all cats should be considered potential prey for this seasonal attack. And it’s not just Halloween night, though that’s the day I always urge my cat-owning clients to be most on the alert. Cats have also been known to be victimized in the weeks leading up to the date.

Every year, the news media reports on these crimes against cats, most of which seem to be forgotten by the time the next season rolls around. So here’s where I offer you this advice:

If possible, keep all cats (especially black cats) indoors during the month of October –– especially at night, when most of the predation seems to occur.

Keep bright collars on your cats so it’s clear they are owned and loved. Believe it or not, even the most evil-minded of humans among us can muster the occasional bout of conscience.

Keep an eye out for suspicious behavior in your neighborhood, whether you own a cat or not. Now that fewer children engage in traditional trick-or-treating, the streets are emptier and quieter. Consider keeping a special neighborhood vigil on Halloween to protect your closest neighbors’ pets.

If you expect trick-or-treaters, keep all your pets indoors and well-contained. Whether they’re in crates or in a bedroom, make sure they are unable to run outside. This is a big risk during Halloween, when costumed invaders come a-knocking, causing stress for dogs and cats across the country.”